Chimaev will bury Diaz’s career: UFC threw the legend under the Chechen train 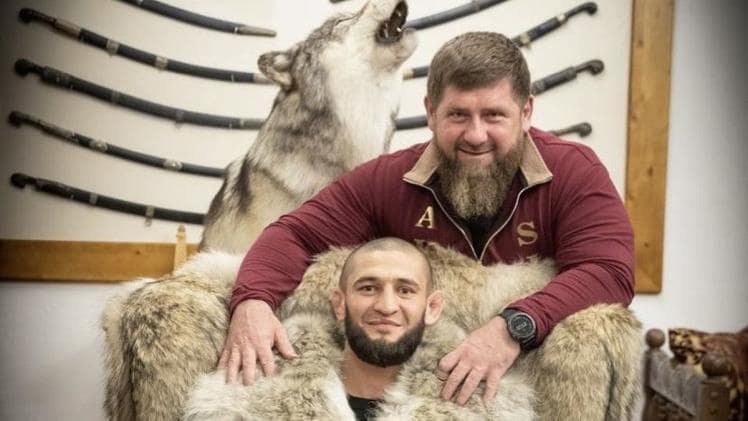 Swedish-Chechen fighter Khamzat Chimaev has got the name of his next opponent. It will be the UFC legend Nate Diaz, for whom the fight with “Borz” will be the last in the promotion. The American has been in a dispute with the UFC for six months and he finally won a fight against one of the most popular fighters. “MK-Sport” will tell why he would rather not do it.

Back on June 28, UFC president Dana White assured everyone that there is no fight for Hamzat Chimaev. The Swedish-Chechen fighter defeated Gilbert Burns by the unanimous decision not long ago, and he might not insist on a quick return to the Octagon, if the promotion had not prepared for him a fight with the legend Nate Diaz.

Chimaev burst brightly into the best league in the world with three wins in three months. “Borz” has even been called the new Conor McGregor and rejoiced that the UFC welterweight division finally has a fighter who can rock stale stars Jorge Masvidal, Camara Usman, and Colby Covington.

After defeating Burns in April of this year, Chimaev has challenged several top fighters, from Alex Pereira to Israel Adesanya. But they don’t want to see Hamzat in the middleweight division until the welterweight division is resolved. That’s why for a while Chimaev switched to a thrashing of the legends of this weight – the Swede had his portion of negativity from Masvidal, Covington, and Nate Diaz. Already the fight with the American was coming up, which Dana White saw the point… Until he had a fight with Diaz because he accused the UFC boss of being held hostage by the league

“I have not been offered a single fight in the last nine months, whereas I have offered five opponents for a fight. Thank you for the kind words, but maybe I’ll go on now,” Diaz stated.

The 37-year-old American’s contract with the best league in the world expires this October, so the promotion needed to find Diaz an opponent in a hurry. White was silent, mentioning only once that video blogger Jake Paul might be Nate’s opponent. There was no mention of Chimaev, but apparently, he was the only fighter who agreed to bury Diaz’s career in the UFC.

Diaz is a showman, just like Chimaev, who in addition to his innate charisma can also fight and win. Experts and bookmakers believe that Nate has no chance to win in the farewell fight in the UFC: they give odds of 8.55 to win the American, look at the odds in betting & casino app. The figures are extremely humiliating for the UFC legend, but that’s the reality – Chimaev is a head stronger.

“I will have a funeral for Nate Diaz with the UFC,” “Borz” promised after announcing his fight with the American at UFC 279 in Las Vegas.