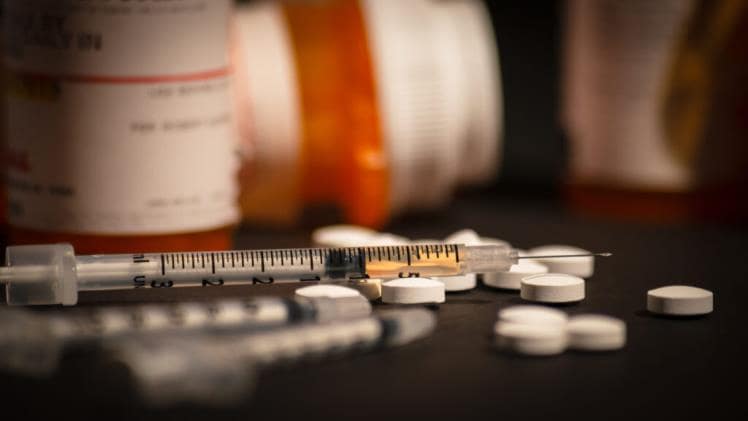 Fentanyl is a potent synthetic opioid drug that is available by prescription in lozenges, tablets, transdermal patches, nasal sprays, films that can be dissolved under the tongue, and injections. It is used primarily for treating patients who have severe pain, particularly pain due to cancer. Fentanyl is also called China White, China Girl, TNT, and Apache. On the street, it can be found as a powder or on blotter paper.

Fentanyl is an opioid analgesic drug that depresses the central nervous system. Similar to heroin and other prescription painkillers, fentanyl binds to opioid receptors in the brain, nervous system, and other organs to block a person’s perception of pain. People who take fentanyl also affect the brain’s reward system, particularly through the release of dopamine, a brain chemical associated with pleasure, reward, and other pleasant feelings. Over time, it leads to drug addiction.

Opioid use disorders, including fentanyl abuse and addiction, can affect anyone who is of any age, but there are particular characteristics that increase a person’s risk. For example, people are more likely to begin abusing opioids such as fentanyl, heroin, and other prescription opioids when they are young adults or teenagers.

People may abuse fentanyl for its euphoric, relaxation, pain-reducing, and pleasurable effects. Fentanyl abuse can produce effects that are similar to heroin but stronger. As with other forms of the drug, fentanyl transdermal patches can also be habit-forming. Fentanyl patch abuse may occur when a person overuses the patches, has another mental disorder, has a history of substance abuse, or if another family member has a substance use disorder.

Fentanyl is combined with heroin, cocaine, and other drugs to make them stronger, or it is sold as a completely different drug, so many people may be unaware that they are, in fact, taking the drug. The risk of overdose is high if someone buys fentanyl on the street or does not know that a substance contains fentanyl or fentanyl-related compounds.

Taking fentanyl outside of a hospital setting as it is intended can be extremely dangerous as fentanyl is much more powerful than other opioid drugs. In fact, fentanyl has a potency that is 25 to 100 times that of heroin, morphine, and other prescription painkillers. Even in small amounts, people who abuse fentanyl can easily overdose, which can have serious and deadly consequences.

A fentanyl overdose can be fatal. A small dose of fentanyl can be especially dangerous for children. People who have fentanyl overdoses can experience labored or completely stopped breathing and can lose consciousness. Fentanyl drug abuse can lead to a myriad of problems such as sedation, dizziness, slow breathing, and smaller pupils.

People with fentanyl addiction are considered to have an opioid use disorder, and fentanyl patch abuse can lead to withdrawal symptoms, i.e., irritability, difficulty in breathing and sleep, and nausea, among a few others.

As opioid use disorders are influenced by a number of individuals, environmental, social, and genetic factors, patients at rehab centers are treated with a holistic approach and are provided nutritionally assisted detoxification as the first stage of treatment. Rehab programs are comprehensive and individualized to meet each patient’s particular needs to make their stay in treatment as comfortable as possible.

Is it Time to Give More Attention to Those Teeth?