Why is binocular vision important? 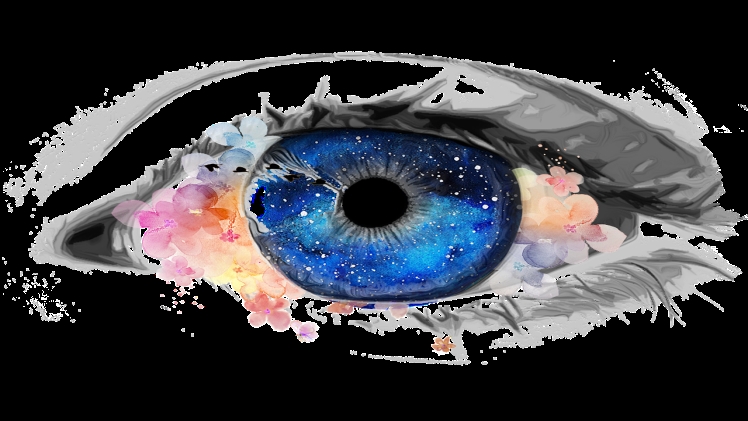 While a lack of complete binocular function in infants is normal, it is abnormal for children and adults since it is required to evaluate distance and speed, as well as see in 3D.

This integration is critical because it helps athletes detect three-dimensional depth and interactions between people or objects, such as another player or a ball. When an athlete’s binocular vision isn’t performing at its best, it affects their response time as well as the speed and precision of their motions. It does not imply that athletes are always stumbling or falling over if their ability to process a single image is not at its best. What it does mean is that they may misread the velocity or direction of a ball or crash into other players more frequently.

How Does Binocular Vision Work?

Humans, unlike some other animals, have both eyes on the front of our faces. Because both eyes are forward-facing, they have almost similar perspectives on a picture.

The field of view, or the region seen while one eye is closed, overlaps significantly between each eye, most towards the center. Humans have a maximum horizontal field of vision of roughly 200 degrees with two eyes. The binocular field of vision (seen by both eyes) is around 120 degrees, with two side fields of about 40 degrees, each visible by a single eye.

The binocular field of vision provides the most detailed information to the brain. Although one eye may capture visual information at the periphery or center of the visual field, binocular processing requires integrated visual signals from both eyes. 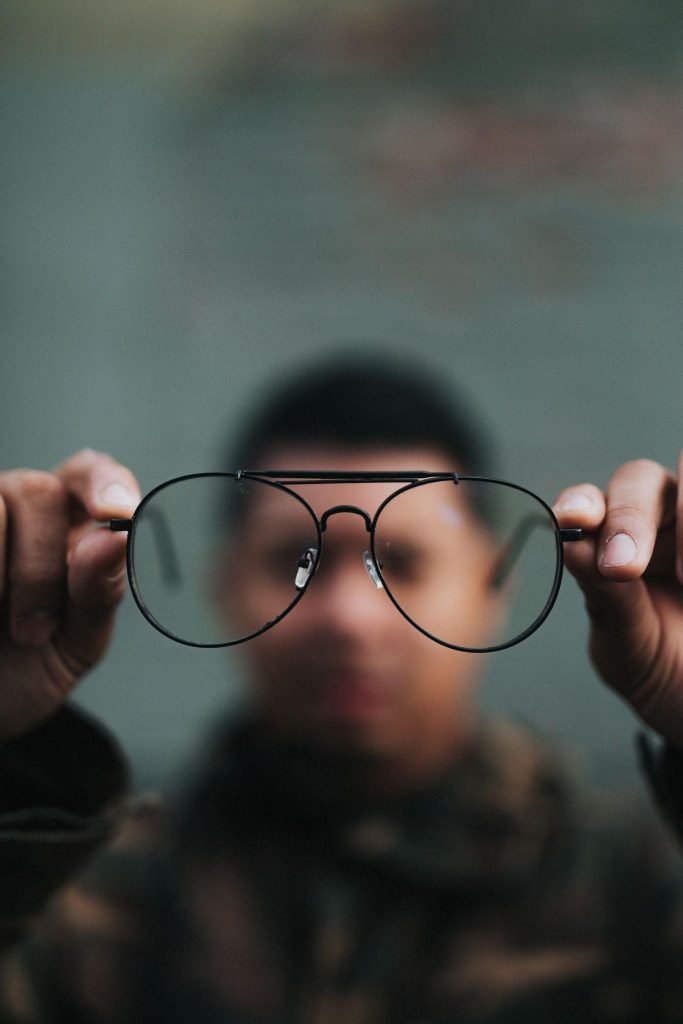 Photo by Nathan Dumlao on Unsplash

This demonstrates how our human visual system is constructed so that both eyes act in unison. Consider how a cow’s eyes are positioned on the sides of its head, allowing them to monitor a broad view of the fields for food and predators. Cows need to perceive their surroundings, but they don’t need detailed knowledge to get by. To manage our world smoothly and correctly, humans require a far higher degree of detail, spatial awareness, and depth perception. To summarize, humans are continually reliant on binocular vision.

The Most Common Eye Conditions

Binocular vision disorders are conditions in which the eyes do not align properly. This challenge can be caused by a number of issues with the visual system.

People who do not have optimal binocular function may suffer from double vision or blurriness. In an attempt to compensate for misaligned eyes, people with binocular vision disorders frequently strain their eye muscles. In addition to the fundamental problem of blurred vision, this can cause a plethora of additional symptoms.

Fortunately, most issues are easily remedied with eyeglasses, vision treatment, or surgery. Receiving a comprehensive yearly optometry exam is critical for detecting these eye disorders, especially in childhood years when the visual system is still developing. Your eye doctor can recommend treatment options to correct or manage possible problems.

Also, treatment doesn’t always mean waiting at the doctor’s office and sitting behind bulky machines. Modern technology has already developed some novel solutions for eye treatment, such as a mobile app for binocular vision. Recommended by doctors, simple to use, and available everywhere you go, this app gives you a chance to exercise your eye muscles whenever you have time.

But when do you know it’s time to go for an eye exam? Symptoms may vary, but the typical ones are listed below.

Binocular vision issues are among the most common visual disorders. They are frequently associated with headaches, eye strain, eye pain, and, in rare instances, double vision.

Even though we all react differently, if you suffer from several of these symptoms, it would be best to make an appointment with an optometrist: 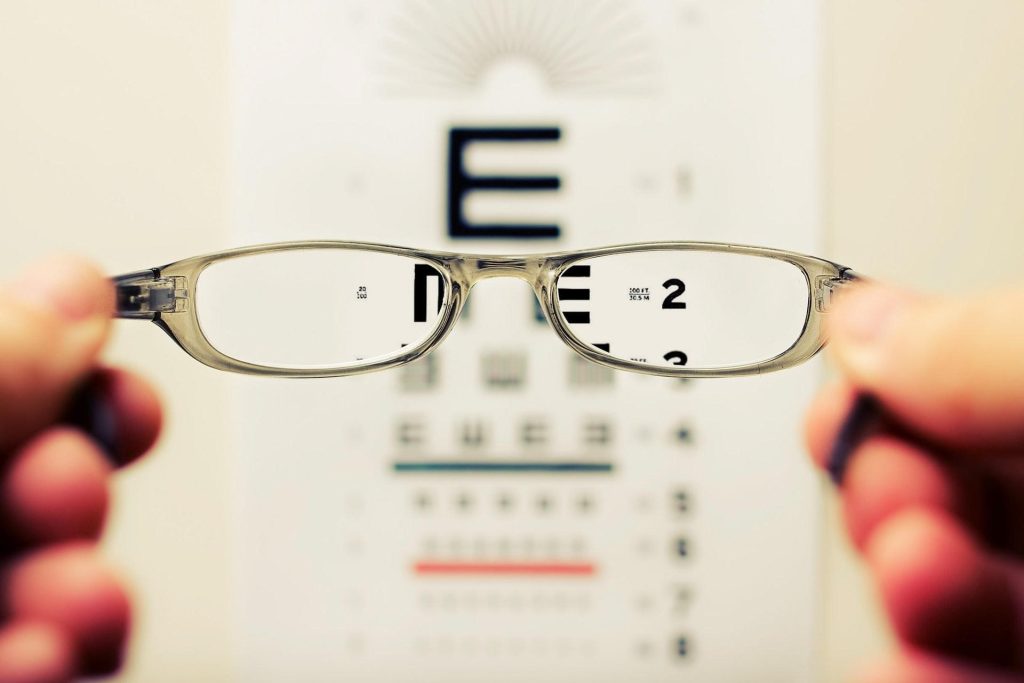 Photo by David Travis on Unsplash

A range of common visual system issues can obstruct binocular vision. The most common reasons are convergence insufficiency, amblyopia, and strabismus.

In this condition, a person’s eyes do not function reliably together at close ranges. When performing near tasks such as reading or writing, the eyes may cross or drift apart, which is known as a teaming eye issue. It can be challenging to identify convergence insufficiency since many people with it pass simple vision screenings, such as those used in schools. That is why it is essential to schedule frequent eye checkups.

The brain and eyes do not operate well together with this eye condition. As a result, the brain will prefer one eye over the other. As the brain ignores information from the less preferred eye, that eye weakens, leading to amblyopia (also known as “lazy eye”). Amblyopia is most common in infants and young children.

Strabismus is characterized by eyes that turn in, out, up, or down. Because the eyes are misaligned and do not operate well together, the brain receives two separate visual impressions. In order to avoid double vision, the brain will often disregard one picture. Strabismus frequently leads to amblyopia if left untreated. However, if recognized and treated early, no long-term visual impacts are required.

The Importance of Binocular Vision in Sports

Visual deficits impair an athlete’s ability to respond to what they perceive. If a player’s eyesight is impaired, their balance and body awareness will most certainly suffer as well. Athletes use a variety of visual abilities to perform at their best during a game, such as:

Another field of sport that has had its uproar in the last decade would definitely be eSports, and it is swiftly becoming one of the most popular worldwide activities to play and watch.

Esports, gaming, computer usage, and screen time have no known long-term consequences on eyesight, although it is common for patients to believe that the computer is causing irreversible harm to their eyes. As a matter of fact, prolonged usage of any kind of screen might induce eye strain.

There are two basic reasons behind this. When we’re staring at a screen, we blink less frequently. This causes the eye to dry out, which can lead to burning, stinging, a sandy sensation, or blurred vision. In order to focus on the screen, we have to use the muscles in our eyes to focus at a distance, and after a lengthy period of time, these muscles might tire. Eye strain and hazy vision might result from this. Despite the fact that this might cause you to feel exhausted and weak, there is no long-term harm, and it can be treated easily.

Even though the process of combining images perceived by both eyes at the same time lasts less than a single blink, it is one of the key processes of our daily lives. From basic everyday activities, all the way to professional sports, binocular vision is an inseparable part of our lives. Without it, we would perceive the world like a two-dimensional, flat image, which would limit us in movement, spatial awareness, and understanding of depth.

When some of the ocular system disorder symptoms occur, it is important to understand them and react quickly by appointing an eye examination. A thorough examination can determine if any impairments are shown, resulting in prescribed eyewear, eye muscle exercises, and in specific situations, a surgery.

No matter what eye condition or risk level you fall under, you may still want to consult an ophthalmologist. A hospital’s emergency department is likely to refer you to one if you have an eye emergency, such as a retinal detachment or severe damage. But for the most part, seeing an optometrist to consult on your troubles with overall vision can be just enough.

Travis Dillard is a business consultant and an organizational psychologist based in Arlington, Texas. Passionate about marketing, social networks, and business in general. In his spare time, he writes a lot about new business strategies and digital marketing for House&Courtyard.

The Most Important Things to Consider When Buying a Tennis Racket

Are You Ready to Plan Your Next Getaway?

Tips for Establishing a Routine With Your Infant